How to Write an Exorcist 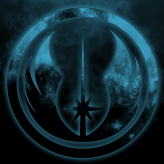 By Kyrie Eleison,
July 21 in Force Powers, Techniques, and Traditions