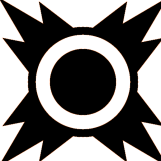 By Sheog the Mad,
March 14, 2010 in Archived Character Sheets